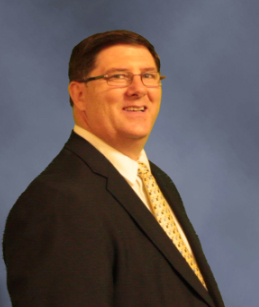 Pastor Richard Ullo was called to be the pastor of Bible Baptist Church in January 2009. Pastor Ullo was saved as a student at the University of Pittsburgh in 1984. He later moved to Texas with his family where a soul winner knocked on his door and invited him to church. After being properly baptized Bro. Ullo quickly became involved in the ministries of the church. He married his wife Sharon in 1986. He later graduated from Bible College with a Bachelor’s Degree in Christian ministries. Pastor Ullo and his wife began a Deaf Ministry in Texas, reaching over 300 Deaf and Hard of Hearing People with the Gospel. Later his family moved to Baton Rouge, Louisiana to serve as an assistant pastor, youth pastor, & Christian school administrator. He moved to Spanish Fort, Alabama in order to rebuild a small church. Under his leadership, Bible Baptist Church has continued to consistently grow.

Pastor Ullo has a biblical philosophy of practical teaching and preaching. He has a burden to reach others for Christ through personal soul winning and the preaching of the Word of God. His goal is to provide the community with a church that is not distracted with the world, but is concentrated on the message and the doctrines of Jesus Christ.